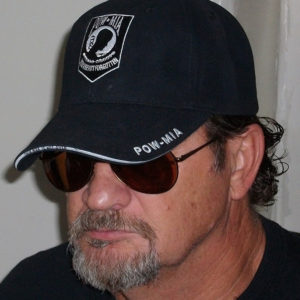 First, that picture over there ———> is a very old photo.

I was born in New Mexico, seasoned in Texas and baked in Arizona, so I’m pretty much done. For a time, I wrote under five personas and several pseudonyms, but I take a pill for that now and write only under my own name. Mostly.

I started a 21-year civilian-appreciation course in the US Marine Corps in 1970 and graduated in 1991. I’ve also been an oilfield roustabout, a cop, a truck driver, a landscaper, a high school janitor, a proofreader for MacMillan Computer Publishing, a college instructor, a copyeditor and a few other things.

By January 2020, I had written and published 50 novels, 8 novellas, over 200 short stories, and hundreds of poems. I’ve also compiled and published 30 collections of short fiction and 5 critically acclaimed poetry collections as well as over a dozen non-fiction books on writing.

Some of my books have been nominated for the Frankfurt (Germany) Book Fair Award, the Foreword Magazine Engraver’s Award, the Pushcart Prize, and the National Book Award. One of my books on writing took 5th place for the BEA (NY) Book of the Year Award in the Education category.

Some of my short fiction still appears under the names of various personas. They refused to let go. Hence, you can find those under my own name as well as those of Gervasio Arrancado, Ray Sevareid, Eric Stringer, and Nicolas Z Porter.