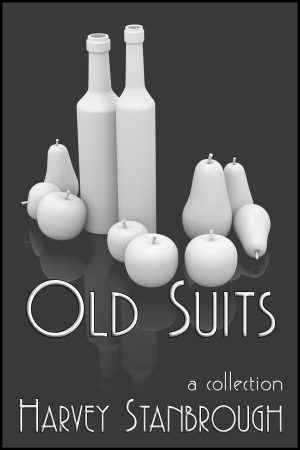 If you enjoy Hemingway’s descriptive narrative, you will enjoy these five intense short stories. These stories range from the rural midwest to a small town in the deep south, from the Sacramento Mountains of New Mexico to the back-country trout streams of Michigan, and from there all the way to a steamy jungle in Southeast Asia. These stories will lead the reader on a rollercoaster of emotion.

Come along as “Consuela” goes about her morning chores while her husband seems to be sleeping longer than usual.

In “A Shiny Life,” an elderly woman is last seen on a soggy, dreary day by two of her neighbors who are playing checkers on a porch. Maybe one of them knows her better than he lets on. A young family comes to town a few days later looking for the woman, and they’re even less familiar with her than the men are.

In “Bird Huntin’,” a childhood friendship takes a sharp turn down a dark but necessary path and continues into “Do What’s Right.”

In “Keep Calm & Carry On,” a sniper team is out to get the guy they’ve been hunting, and who’s been hunting them, for several days. Who knew trout fishing on a wild river in the deep woods of America could have such an impact on an intense, deadly sniper mission? In the title story, a writer and his dying friend travel to Pamplona for the running of the bulls, the friend’s attempt to truly live just one more time.

In “Training Macon,” as the blowhard Macon learns, training can take many forms, from a good old-fashioned thumping to much worse treatment — albeit treatment that will leave you smiling. In “At the Bus Station,” a story bearing the same title as the poem on which it was based, a young couple arrive in a bus terminal. Both are nervous at their impending separation. Aren’t they? Things are seldom as they seem.

In “Quite a Thing,” you are dropped into a Marine Corps infantry patrol. Along with your companions, you’re entering a village to the sounds of fireworks. Or maybe it’s bullets. You feel tired, fatigued, and decide to rest for a bit, as it turns out, alongside an old woman who reminds you of your mother. Nothing is all bad.

And in “One Late Afternoon in Lower Alabama,” things move at their own pace and are very seldom what they seem.