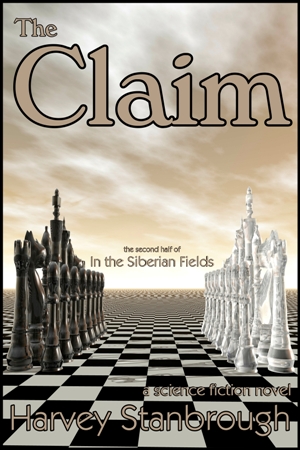 This week we’re back to more science fiction with the sequel to In the Siberian Fields: The Claim.

Adolph Hitler, terrible as he was, was nothing but a pawn. One in a series of strings tugged by a puppeteer.

Hitler was vanquished, but the entity that gave him rise never went away.

Two centuries and two decades after the rise of Hitler, the same entity is still pulling strings.

And he’s almost accomplished the goal of his father and grandfathers before him.

Jonathan Kirski and friends are back. How will they unravel and defeat the treacheries of the enemy?

To get a FREE review copy of The Claim, go to https://www.smashwords.com/books/view/887398. During checkout, enter coupon code EA48V (not case sensitive).

Next week, “Distribution: Exclusivity vs. Going Wide, Part One.”