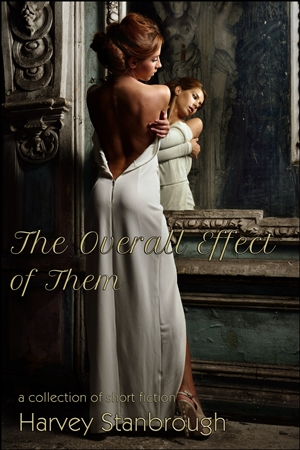 In “Paper Hearts,” a waiter, now an older gentleman, finds a pair of paper hearts. But when exactly did he find them? In “About Mrs. Featherberry,” we learn what spoiled sardines have to do with homemade pie. In “The Laborer,” a lightly erotic romance, like her husband says, there’s no harm in looking. In “Ink,” a woman bears a very different kind of power and is incredible in its deployment. “Coralín,” a story excerpted from the novel, The Marshal of Agua Perlado, might be the stronest typhoon ever to hit Mexico; she is most definitely the strongest ever to hit former Texas Ranger Wes Crowley.

In “The Unfortunate Life of Thomas Mercer,” led astray by a woman, a young preacher wrests his mind from the silly to the serious to give his death the dignity it deserves. “There’s No Fool” like an old fool, as is proven again by Reginald Cranston in this short story excerpted from the novel The Advent of Simon Stark. In “Going Back,” a gentleman does just that through the Age Exchange, trading his twenty-year life expectance for ten good years on this side of the ground. In “Sordid & Organized,” we find that a mortician places great emphasis on the notion of waste not, want not. And finally in “Saved,” an elderly gentleman has outgrown all of his companions except the gnarled old live oak tree on the hill. The tree is a great listener, but has never spoken. Well, until it’s too late.