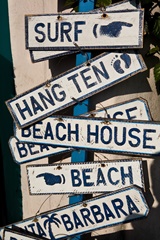 Okay, here is Part Two of what might be the most valuable post you’ll ever read about writing fiction. Again, I’m not kidding. (Even got the same pic in case you want to share.)

The necessary preliminary stuff was in the previous post, so if you missed that one, I suggest you go back and read it first.

To write a story (any length) you need only to write an opening.

To write an opening, you need only a character with a problem in a setting. (This is called an idea.) The problem needn’t be “the” problem of the story. It’s just something to get you to the keyboard and to start your fingers moving on the keys.

From the writer’s perspective, the opening is a test of an idea. Most of the time, the opening will take off and become a short story, novella or novel.

But from the reader’s perspective, the opening is what will determine whether he continues to read or finds something else to do.

To ensure the reader is engaged with your story and continues to read, you want to write a great, focused setting. That will ground him in the story.

I explained all of that in different words in the previous post, then provided an example set in an exotic location: the Amazon rain forest. This time around, I have another, more domestic example. Oddly enough, the character has the same name, but as you will see, he definitely is a different character. (grin) Remember,

the more focused the setting, the more engaged the reader.

Let’s make Steve Zimmer a detective this time instead of a scientist. Let’s put him on the docks on a dark, rainy night. Now, if your character’s down at the docks, that’s pretty vague, isn’t it? We probably need to know what city/country, but not necessarily, and not until the story moves away from the docks.

Let’s see what we can do to focus the reader down in the setting. Here’s your second example:

The night was dark, the air heavy. A foghorn sounded in the bay and was driven flat in the pattering rain.

Sitting in his car, Detective Steven Zimmer turned on the windshield wiper for one swipe. He leaned forward and peered at the warehouse before the rain could accumulate again.

Some distance above the bay door, a weak bulb under a thin, dented metal shade cast a dim light. It was further refracted and diminished as the drizzling rain fell past it. Still, he could just make out the seam where the broad door met the wall.

No small entrance door, at least that he could see. Odd.

To the right near the end of the building, a smaller window. Probably the office. The anonymous caller had said to check the office nearest Front Street. Good. He was parked just off Front Street. So the office in the nearest corner.

He opened the car door and swung his left leg out, then remembered the bolt cutters in the passenger floorboard. He leaned back and reached for them, then got out and shut the door behind him.

The rain quietly pattered on the hood of the car. In the distance, somewhere back in the middle of the city, sirens wailed.

He looked at the warehouse again as if to verify the sirens hadn’t changed anything. Finally he stepped around the front of the car and crossed the tarmac to the warehouse door. Rain trickled off the right front brim of his fedora.

He could barely make out the padlock. It was the same corroded non-color as the corrugated steel walls.

He brought up the bolt cutters, leaned close to position them, but paused. The wood frame smelled musty, wet. Maybe he could just pry the hasp out of the frame.

He reached up to tug on the hasp, and half of it turned under his touch. No need to pry it out.

It had already been cut.

Okay, that opening was just under 4oo words.

Although the overall scene took place at the docks in a parking lot near a warehouse, the first actual setting was focused down tightly inside the character’s car. Then the character crossed the larger, more vague part of the setting, but quickly. And then we focused down again on the area of the padlock. And throughout the scene, we invoked the character’s physical senses.

Do you see how if you write an opening, it can take off? In case you’re wondering, I’ll be using both of these examples. One will become a short story or novella, and the other, I believe, will become a series of novels. All from nothing but A Character > With a Problem > In a Setting.

As I wrote last time, I hope you will copy the techniques I used here (invoking the physical senses, using paragraphing to build tension and set pacing, etc.) and apply them to your own opening.

For a great deal more on writing the next sentence, consider taking my Audio Course on Writing Off Into the Dark. (See Course 12.) It literally will change your life as a writer.

In the meantime, try writing an opening and see where it takes you. (If you already did this, so what? You’re a writer. Do it again.)

Drop a comment in the Comments section below and let me know how it works out for you.

‘Til next time, happy writing.

Note: If you find something of value in these posts or on this website, consider dropping a tip into Harvey’s Tip Jar on your way out. If you’ve already contributed, Thanks! If you can’t make a monetary donation, please at least consider forwarding this post to a friend or several. Again, thank you.

4 thoughts on “The Importance of Setting (and How to Write It): Part Two”